Peter Molyneux’s 22Cans boutique dev have revealed their newest game. It’s a Kickstarter project for a god game (just fancy that!) called Godus. In typical Molyneux fashion it boasts he invented the god game genre. At the time of writing it stands at just over £17,000, though we can’t help but hope it falls well short of it’s £450,000 target. Though if Tim Schafer can manage to finance his bilge, 22Cans may well manage it too.  Ian

We may hate zombies, point and click games and anything with moral choices in it, but fucking hell we love The Walking Dead.  The fifth and final chapter is released today and we’ll be gobbling it up hungrily like it’s a freshly baked brain pie.

The other parts came out during the PEOWW HIATUS but we’ll look to review the entire thing once we’ve beaten the final chapter.  Preview:  it’s going to score very highly.  Rich

The latest in the Call of Duty series, Black Ops II, has generated a little news and fuck it, it’s a slow news day and I can sneak out a quick story without any pictures.

Turns out that Treyarch’s latest Ross Kemp ’em up made like $500 million in 24 hours.  Like, seriously.  What the fuck?  The fourth biggest launch of all-time.  People clearly have forgotten that Treyarch are the poor relations in this franchise.

Oh and Black Ops Declassified is the second biggest Vita launch title ever.  Despite this.  Rich

Konami have announced that PES 2013 is to get a Facebook app that allows the game to bring in all sorts of social networking features such as creating private leagues and a whole heap of stat-tracking.  All this despite the fact that no-one is playing PES anymore and indeed no-one plays football games anymore since Chelsea went and spoiled football by fluking the Champions League.

So, basically, what we are saying is fuck off, Konami.  Yes, fuck off.  Literally, fuck off the most ever.  Rich

Has it really been five years?  Well yes actually.  Five years ago today, we uploaded the fuck out of our Space Giraffe review and that was that.  Three billion reviews later and we’re back on your so-called internet.  We’re not sure how long this current CONTENT EXPLOSION will go on for so enjoy PEOWWvember because you’ll miss us when we’re dead.

Anyway, thanks for reading! 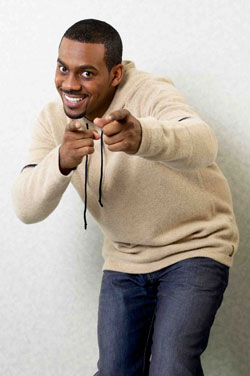 Not by us.  We can’t be bothered finding out that sort of shit (read: we’re not important enough to get access to Rockstar’s knob).  But anyway, Game Informer (who?) have had access to the preview build and have vomited eighteen fucking pages of pre-cum all over the world.

We can’t claim to have read it apart from this little morsel;

Or as we like to call it:  too fucking big then.  Great.  Get used to traipsing about the place like a pointless cunt then.  Rich

Continual purveyor of lies, hyperbole and disappointment, Peter Molyneux, has unveiled his latest creation to the world courtesy of his current dev-team 22 Cans.

Titled Curiousity – What’s Inside The Cube, it consists of a nebulous cube with multiple layers made up of millions of tiny little cubes that have to be tapped individually by players around the world, in order to make them disappear. The next layer isn’t available to tap away at until all the cubes in the current layer have gone. At the time of writing, two out of six faces on the cube are clear with vestigial shadows remaining on the other four.  No-one knows what is inside (or maybe they do, we literally can’t be bothered to check – Ed).

We’re waiting for the next layer to arrive so we can tap out obscenities as is our want. Or maybe try for another montrous effigy of a z-grade celebrity, front runner being Afroman (12 J’s of X-Mas).

Curiosity is available for free on the iThing and Android.  Ian

We may not have Jesus in our corner like all the big sites do, but we here at PEOWW would like to wish you all a very merry Xmas!

To all our readers, forum slags, listeners and excellent chums around the world, we hope you get tons of good shit to play and chocolate oranges to snork.

Famitsu reports that Sony’s newest console has sold 321,407 units in its first two days after release in Japan. In comparison to the 371,326 units sold over the same period when the 3DS launched, this holds up reasonably well. Of course, the 3DS has gone on to be a riproaring success hasn’t it?

In a genius move sure to alienate existing PSP owners, they’ve made the Vita use an entirely new memory card format that’s priced to fleece the market as only Sony know how. Uh, good luck with that guys.

We’d have linked to a translation on Google but as you can see the translation has messed up the numbers somewhat.  Will it sell 32.1 million units over its entire lifespan? We somehow doubt it. Ian

Dizzy, the somersaulting, puzzle-solving egg has returned in Dizzy: Prince of the Yolk Folk.  Unfortunately this is an iOS and Android outing for the 8-bit gaming mascot which means the controls are basically bollocks but it’s authentic enough and looks nice, especially the HD iPad version.

The iPod/Phone version will set you back £1.49 and the iPad version is £2.49 (fifty pence more than the Speccy original cost back in the ’80s which isn’t too bad).  Unfortunely it’s a very short game, extended by tedious backtracking and it has, by far, the worst in-game audio of any game we’ve ever played.  Well, barring Guitar Hero: Aerosmith.  Anyway, avoid it.  It’s not very good.  Rich