For fuck’s sake.   We’ve been away like five minutes (okay, it’s been more like three years but who’s counting?) and look what you’ve all done to gaming.  Jesus fucking Christ, man.  We’ve only got a month to sort this out and already we want to kill ourselves and then you in that order.

Spintires: Mudrunner has a title that suggests a lot of fun.  We like driving games, not those nerdy ones where we’re supposed to know what a fuck carburetor is (or how to spell it without Google), but the sort where you’re rushing around having fun.  It doesn’t have to be a racing game either, we pretty much treated FUEL as a sunset-chasing driving game and loved it (RIP Rev) so we don’t need this to be some crazy ATV racer or anything.

However, we do need one thing from a driving game.  We want to be driving faster than I can fucking run in real life.  I’d say that’s a pretty big prerequisite, no?  Well, Mudrunner disagrees.  In this game, you can drive various vehicles but, for the most part, you’ll be in trucks (delivering logs).  The problem is that the whole world is made of trees, streams and mud.  The in-game map hints at some sort of road network but these are paths that are also made of mud.  Mud is about as good driving surface as custard. 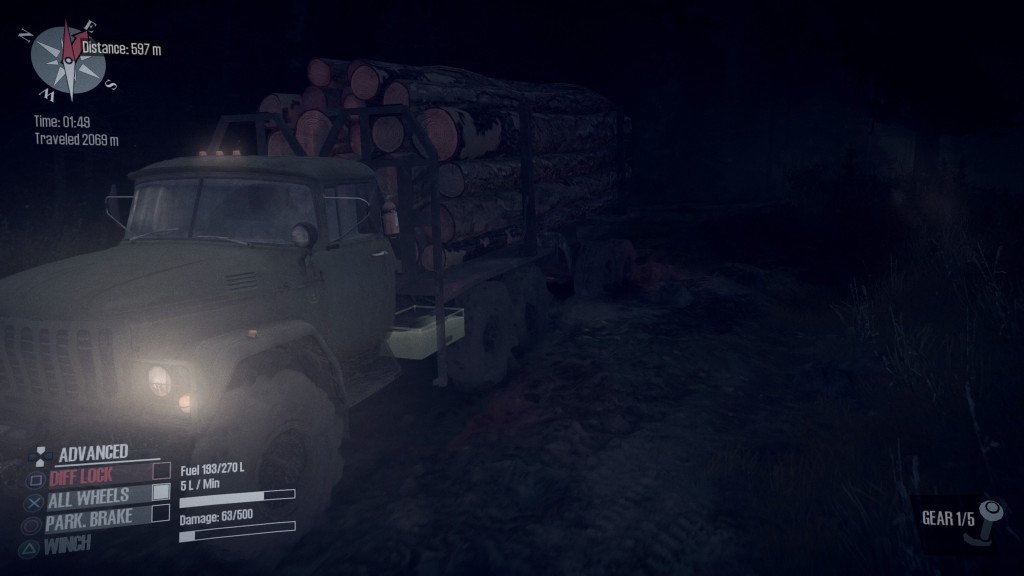 The result of this is that you’ll be squeezing the fucking life out of your right trigger and watching your vehicle move forward at the sort of speed Dawn French gets up to when it’s happy hour at the local salad shop.  It’s so utterly ridiculous that I had to try out another joypad, just to make sure that mine wasn’t utterly fucked.

I then ended up watching videos of the game to make sure that I wasn’t having some sort of nervous breakdown or stroke.  And then, after all that, I looked at a few reviews just to confirm that I was right and this game was fucking dreadful.   The problem was that all the reviews said it was good.  There were even 9s and 10s out there. One reviewer gave it 9 out of 10, yet describes the sheer misery of it.  Is this gaming in 2017?  Is it there to make us miserable?  Fucking, Dark Souls.

Anyway, the idea is that you drive a few hundred metres from garage to fuel station to logging place to lumber yard.  Each part of the journey involves you driving at Stephen Hawking pace, churning up the mud beneath your tires while trying to actually figure out where to go (the in-game map hates you).  The only thing that moves fast in the game is your thumb on the right stick as you struggle forever to find a camera angle that isn’t completely awful.  You won’t manage it.  This game doesn’t want you to actually be able to see where you are going.  Where’s the fun it that?  MORE MISERY!  MORE PAIN! 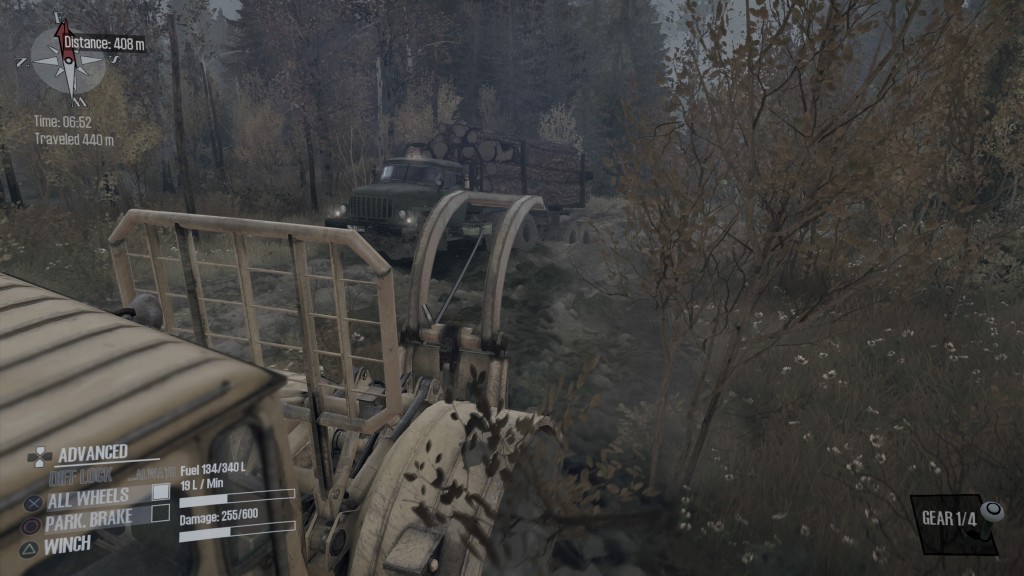 I actually uninstalled the fucking game while playing it and then reinstalled it because you’ve sometimes got to suffer in order to give a fair review.  I’ve put more time into this than I have South Park: The Fractured but Whole and I actually like that game, not to mention all the extra research I did trying to figure out why people like this game.

Ultimately, this isn’t a game for gamers.  It’s a game for people who have horrible, horrible lives and the idea of driving a truck through fucking quicksand forever seems like some sort of escape.  Motherfuckers, please.  Rez Infinite exists.  There are actual good games out there.  It doesn’t have to be this way.

Anyway, let’s wrap it up.  Long story short.  Spintires is a fucking horrible game but it’s the best misery simulator we’ve ever seen.

Final score: what the fuck is this shit/10.